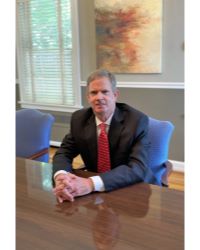 Mr. Scott Wilds joined the real estate industry in August 2007. A Hartsville native, Mr. Wilds returned to the region after living in Memphis, TN for over seven years. After receiving his BA from Furman University, Mr. Wilds began work with NCNB in the management training program in Columbia and Charlotte. Following a brief stint in North Augusta, South Carolina, Mr. Wilds was named manager in Hartsville. While there, he managed a branch, coordinating sales efforts and operations in the banking center. The branch was recognized for outstanding service as one of the top 10 branches in South Carolina. Scott then left for Nashville, TN and Vanderbilt University. He received an MBA, with a concentration in Finance and Marketing, and began work at International Paper upon graduation. His first assignment was as product manager in Alexandria, Louisiana where he learned the paper making process and was heavily involved in marketing and sales of strategic grades of paper. Two years later, Mr. Wilds was named business analyst and moved to Memphis, where he worked with international sales managers to develop strategic and marketing plans. He later went on to become Sales Manager for International Paper for the Asian market and led the Asia sales for the world's largest export supplier of containerboard. In this position, Mr. Wilds managed a network of agents throughout Asia, with responsibility for pricing, sales plans, sales negotiations, and marketing initiatives. He had the opportunity to travel extensively throughout Asia to maintain current business and develop new opportunities. Mr. Wilds then worked with an associate in a consulting position in Memphis. In this capacity, he provided business planning and marketing to senior management for China's largest containerboard supplier, which is one of the largest paper companies in the world today. Scott is on the board of trustees at Coker University, is an Elder at First Presbyterian Church in Hartsville, a member of the Florence Kiwanis Club, past board member of the Hartsville Chamber of Commerce and for the YMCA of Hartsville. Mr. Wilds is a graduate of Leadership Hartsville and Leadership Florence; Scott also played tennis at Furman, and has been involved in the United States Tennis Association.