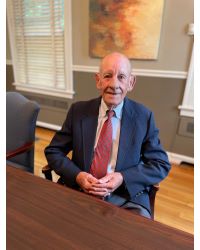 Mr. Danny Wright became a real estate agent in 1993. He has since managed numerous sales and leasing transactions across a broad spectrum of commercial property types. His developing areas of real estate expertise include retail, food and beverage, lodging, leasing, and sales. During the Vietnam War, Mr. Wright served as a cryptologist in United States Airforce. During his time serving in the United States Army, Honorary Colonel Wright was with the 1ST Battalion, 6th Regiment, and 1ST Infantry Division. After his tour of duty, he attended The College of William and Mary, an extension at Langley Air Force Base in Hampton, Va. In 1969, Mr. Wright attended the Retail School of Business and Management for Leggett / Belk Department Stores of the Carolina's and Virginia. After several years in the retail field, he became general manager of Piedmont Fabrics, managing 19 stores across the Carolina's, including entire store operations. In 1976, Mr. Wright entered the food and beverage business, starting with one Kentucky Fried Chicken store and growing his business with a total of nine stores in South Carolina. During this time, he operated a full service, white tablecloth restaurant in Murrells Inlet, South Carolina as well. While living in Florence, Mr. Wright has served on several boards, including Central United Methodist Church and Florence West Rotary, of which he is a Paul Harris Fellow, and has been active in various other organizations. Since becoming a real estate agent, Mr. Wright has represented parties in real estate transactions in excess of $30,000,000.00 and successfully negotiated over 300 plus leases.